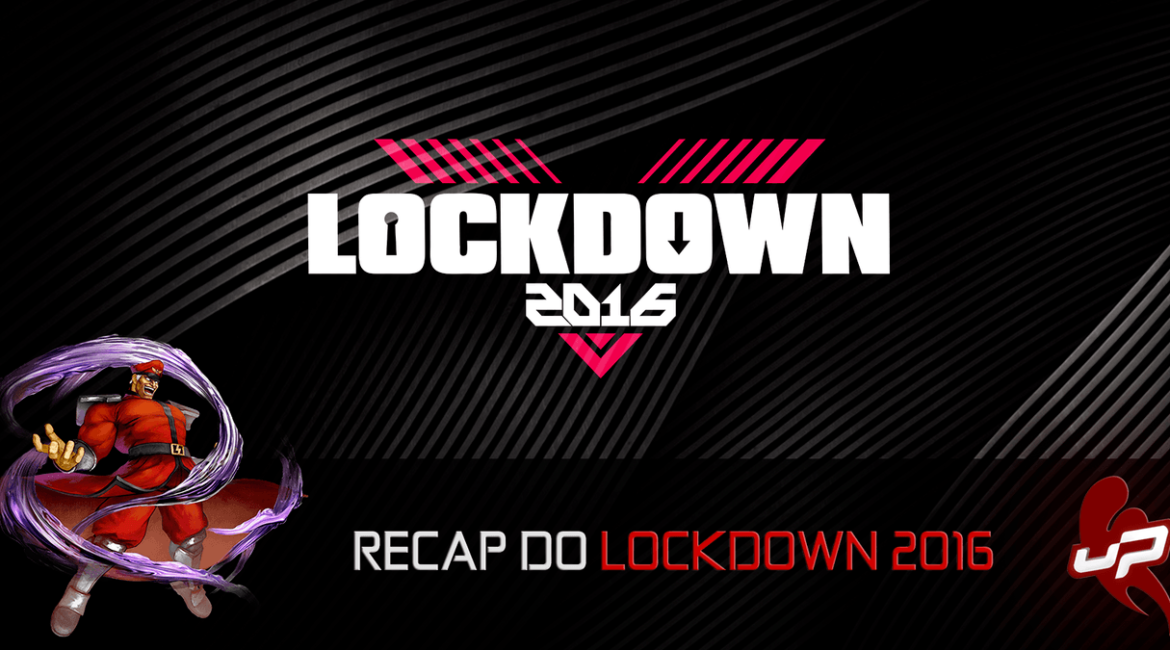 Lockdown 2016 was held on the 10th and 11th of September, a PTFighters event that reunited many lovers of the fighting games genre in the VIP Executive Hotel in Sta. Iria da Azóia to participate in the variety of tournaments available. Popular titles such as Smash Brothers, Mortal Kombat XL, GuiltyGear XrdGrandes títulos como Smash Brothers, Mortal Kombat XL, Guilty Gear Xrd among others, yet the most anticipated title was Street Fighter V.
During these 2 days, the event gathered between 150 to 200 visitors, from players to spectators, and everyone contributed to an excellent environment. The event was broadcast in Vortex Streams via Twitch and reached a peak of 4400 concurrent viewers. These surprising numbers left good prospects for future events.

The SFV Tournament was without a doubt the most anticipated, with a total of 63 entries, it was also part of the World Tour (Capcom Pro Tour). It featured internationally renowned players such as MD|Mrcrimson, AWS|CCL, Ryan Hart(Prodigal Son) and also the most hyped player in the event, BST|Daigo Umehara.

The tournament was well disputed, every match in the top6 ended with a 3-2 result showing that victory often came from the small details. Every player gave it their best but in the end only one could win, and the winner was BST|Daigo. “The Beast” and his character Ryu tackled their opponents and conquered the 1st place, scoring 128 more points for the Capcom Rank.

The 4 Grow uP Gaming players that participated were at a good level during the whole event, managing to get past their group and reach the final playoffs. The experience of their opponents at this stage was evident, but they still managed to win some games in the final phase.

To highlight the classifications of our athletes in SFV, uP|Digos(top5), uP|Twinblade(top7) and uP|V2(top13), not forgetting another Portuguese player(Alvim) that also managed to reach top7.

But the highlight of the event happened during the 2nd day, our Champion and actual best Street Fighter V player in a national level, uP|Digos, faced BST|Daigo Umehara. Diogo Salgado and the whole PTFighters community had mixed feelings, we knew it was going to be an extremely challenging match, but it was also an opportunity and unique experience for Digos to face Daigo in an official match.

The match ended in a 3-0 for the “Beast”, with a few rounds won by uP|Digos that shook up the whole Lockdown room.

In conclusion, here are some comments from Nuno ‘V2’ Vieira and Diogo ‘Digos’ Salgado.

“I can’t help but feel proud of my team for their overall tournament performance, but I wanted to highlight UP|Digos for having managed to get ahead of the big European players and for giving a challenge to BST|Daigo Umehara, who was impressed with our player’s performance. We’ll continue to practice and, who knows,  maybe in future events with high renown players we might just achieve a higher position in the rankings.”  Nuno ‘V2’ Vieira – Manager da Squad Fighters Grow uP Gaming.

“Lockdown 2016 was the best fighting games tournament to ever happen in Portugal, it was well organized and had an amazing environment. I participated in basically every game and felt that the whole event went without trouble. I also had the opportunity to face foreign players such as Daigo Umehara and MrCrimson in SFV and managed to give them some challenge, as a result I feel satisfied with my performance and the idea is to keep improving myself so I can achieve even more in the next events.” Diogo ‘Digos’ Salgado – Jogador Grow uP Gaming.