SaintJohn and Tiësta rise to the 1st Hearthstone Division of ESPLeague 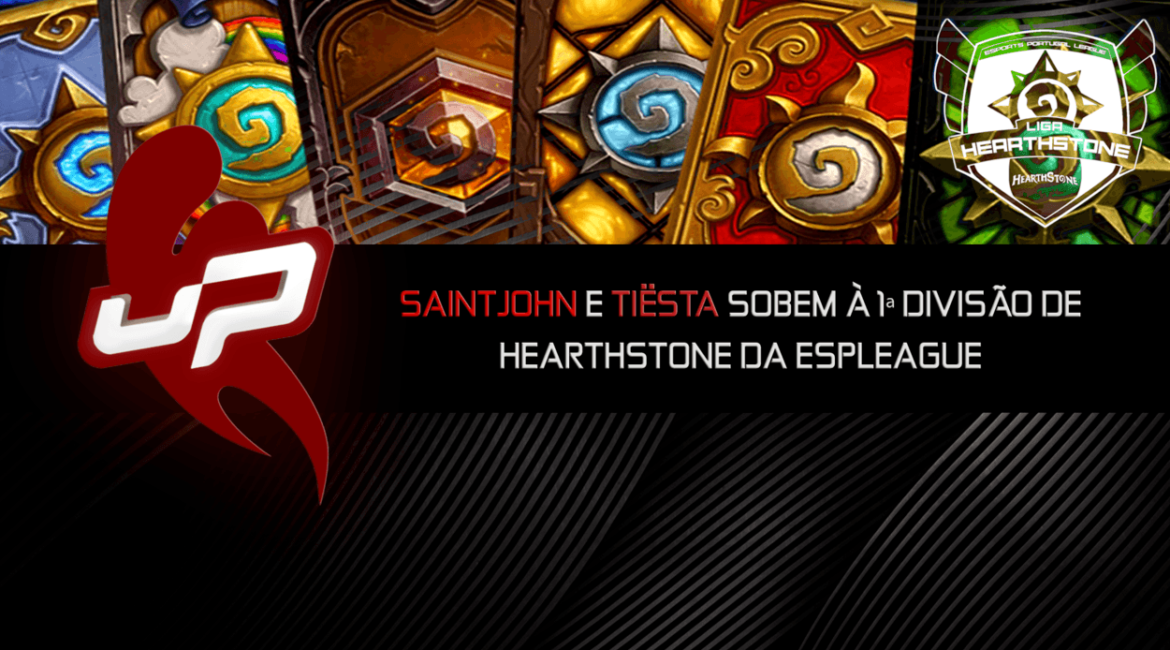 It was during the past weekend that the Hearthstone players who won the Golden Tickets of the 1st Split groups faced each other in the qualifier to find the 2 players that would occupy the 2 vacancies of the 1st Division.
The Grow uP Gaming Association was represented by 2 players in a total of 11 players, João ‘SaintJohn’ Santos, player of the uPRO division and André ‘Tiësta’ Sá, player of the uPGamer division.

For the qualifier the initial format was 4 Swiss rounds, where both SaintJohn and Tiësta won all games until they faced each other and Tiësta managed to secure a victory against SaintJohn by 3-2.

Facing 4 players for Final Step and only 1 victory to reach their goal, Tiësta beat Stryka 3-1 and SaintJohn beat Ignite 3-0 (default win). In the final between Tiësta and SaintJohn, the uPRO player took the best on Tiësta and won 3-1, thus winning the first place of the qualifier.

As such, João ‘SaintJohn’ Santos and André ‘Tiësta’ Sá join Pedro ‘Florindo’ Parreira (champion of the ESPLeague’s 1st Split), for a total of 3 Grow uP Gaming Association players in the 1st Hearthstone Division of the ESPLeague. The objective for the next split remains the same, which is to win.