Grow uP Gaming reactivates the World of Tanks Division 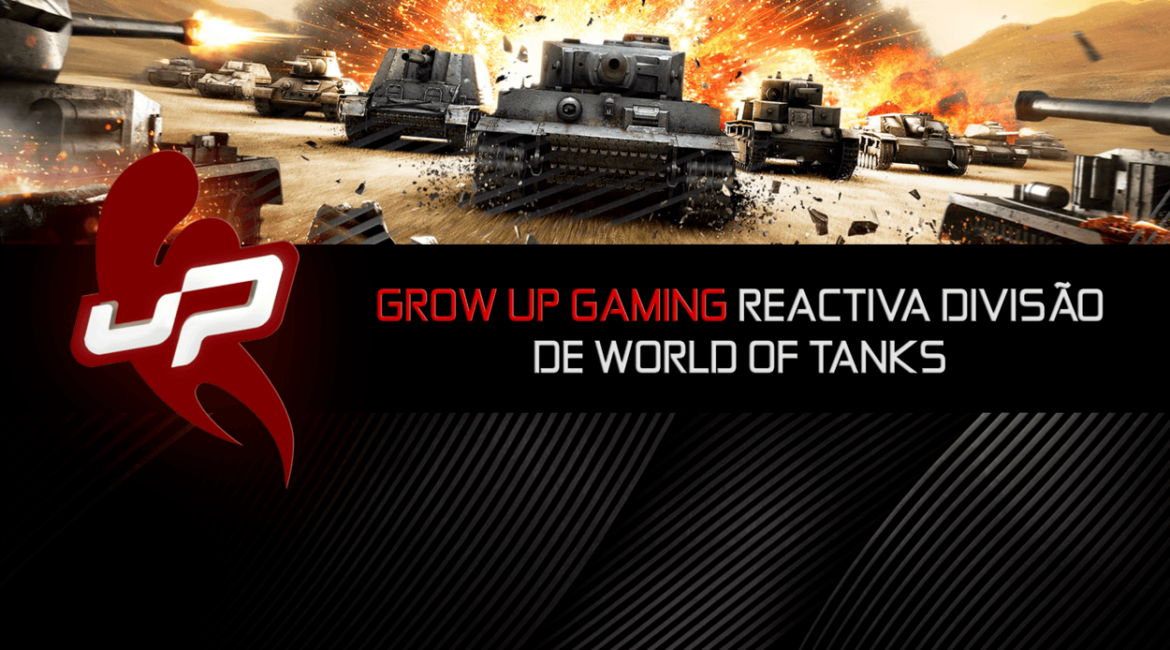 It is with great pleasure that the Grow uP Gaming Association announces the rebirth of the World of Tanks Division through the inclusion of two Clans of the Portuguese WoT community.

World of Tanks has been part of the Grow uP Gaming Community for several years, from its Beta phase until 2015, Clan Grow uP Gaming has been active in the community and has participated in many online and offline tournaments and competitions. However, the Clan eventually dispersed over time, not continuing the work that had been developed.

In 2016 World of Tanks has gained a lot of traction, being one of the most played Freemium games in the PC Gaming scene. Along with this, the largest exposure of the Portuguese community of WoT through new communication channels such as Gaming Organizations and the dedicated Gaming program of RTP has brought many players, both newbies and veterans.

It is at this moment that we announce, with great pleasure and confidence, the inclusion of two reference Clans in the community at Grow uP Gaming:

These two Clans will bring a new life to this division, with dynamic and competitive contents that go well beyond winning prizes or laurels. Beyond the aggregation of these Clans, we will launch, in partnership with them, new initiatives for the evolution and growth of the World of Tanks community in Portugal. Stay tuned!

Come and meet these other World of Tanks Portuguese Clans, and join our community.